Our Varixio® project has been selected for funding by the EU's Horizon 2020 research and innovation programme.

The project is based on the fact that approximately 25% of adults have varicose veins, with prevalence increasing to over 80% if spider veins are also considered. The rising geriatric population is further accelerating these figures, as one in two people over the age of 50 are affected by varicose veins.

In recent years, due to the possibility of infection and other adverse effects during invasive surgeries, traditional surgical treatment (surgical ligation and stripping) has given way to minimally invasive procedures, which also reduce hospital stays and costs.

Consequently, a growing number of doctors are adopting foam sclerotherapy, endovenous laser treatment, and radio-frequency ablation over conventional surgical practices. Within these new treatment approaches, foam sclerotherapy is the preferred approach given its favourable efficacy and safety profile coupled with simplicity and relatively low cost.

Foam sclerotherapy involves transforming a chemical sclerosing agent into foam and injecting it into the affected vein. The sclerosant foam irritates the lining of the blood vessel, causing it to collapse and stick together.

Having secured patent protection for the device and validated the concept at the prototype level, the company has recently obtained funding to pursue industrial, regulatory, and commercial feasibility of the VARIXIO® device. 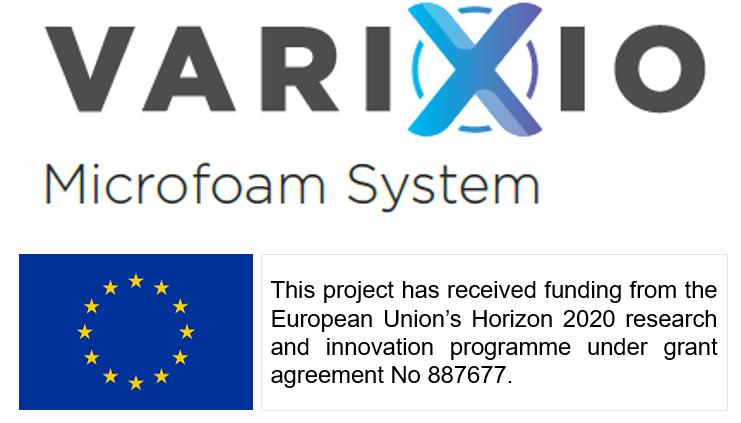 Our website uses its own and third-party cookies to improve the user experience, improve our services and security, and to show you advertising related to your preferences through the anonymous analysis of browsing habits. By clicking “Accept”, you consent to the use of all the cookies.
Cookie settingsACCEPT
Manage consent

This website uses cookies to improve your experience while you navigate through the website. Out of these, the cookies that are categorized as necessary are stored on your browser as they are essential for the working of basic functionalities of the website. We also use third-party cookies that help us analyze and understand how you use this website. These cookies will be stored in your browser only with your consent. You also have the option to opt-out of these cookies. But opting out of some of these cookies may affect your browsing experience.
Necessary Always Enabled

Linkedin-in
Enric Roche is a vascular surgeon, Head of the Angiology and Vascular Surgery Service at the General Hospitals of Catalonia and Sagrado Corazón, both in Barcelona. With more than 25 years of professional experience, he is an opinion leader in the treatment of venous pathologies, whose visibility and recognition are a very valuable support for the development of VB Devices. He is a Doctor of Medicine from the University of Barcelona.

Federico Grego has more than 20 years of experience in the pharmaceutical industry (LETI Pharma), in senior management positions, coupled with 4 years of experience in investment banking (HSBC). He also has extensive experience in the biomedical entrepreneurship sector helping to promote various projects, including Cytovation AS, Allero Therapeutics, and Nexkin Medical, among others. He is an economist (Tufts University), MBA (IESE) and AMP Certificate (Harvard).